The Justification for Harm and Intelligence Ethics 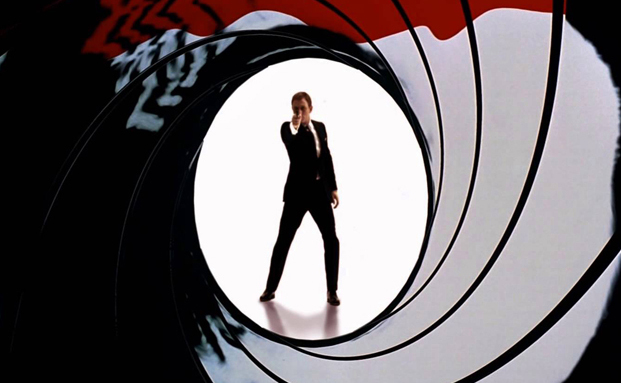 Normally, the fact that an act is harmful is a reason not to do it. There is, in other words, a presumption against doing harm. Many theorists of espionage ethics have begun from the observation that the actions of intelligence agents, especially those that constitute human intelligence (HUMINT), are characteristically harmful. Intelligence agents sometimes resort to blackmail, deception, torture, or even initiating romantic relationships under false pretenses with their targets.

In this post, I will examine three approaches for justifying the activities of intelligence agencies that aim to overcome the presumption against doing harm: consequentialist justifications, consent justifications, and rights forfeiture justifications. I will discuss some of the features of each approach that make it appealing, as well as consider limitations of each.

In the John le Carré’s classic novel, The Spy Who Came in from the Cold, Josef Fiedler, an East German intelligence agent, interrogates the Alec Leamas, the novel’s protagonist, regarding whether or not members of MI6 discuss regularly discuss philosophy. Annoyed to learn that they do not, Fiedler remarks: “I myself would have put a bomb in a restaurant if it brought us farther along the road [toward socialism]. Afterwards, I would draw the balance—so many women, so many children; and so far along the road.”

This idea of “drawing a balance” when it comes to inflicting even extreme harms captures the basic logic of consequentialist justifications for harmful acts. A consequentialist justification for a harmful act responds to the presumption against harm by appealing to the good consequences of the act that outweigh the harms it inflicts. Fiedler, who is ideologically committed to communism, believes that advancing the goals of his government are of such enormous moral importance that vastly outweighs even the deaths of innocent people. During the Cold War, the West also had its share of zealous opponents of socialism and supporters of liberal democracy who, likewise, sometimes supported harmful acts because they believe that the stakes for their side’s winning are enormously important.

Even those of a less ideological bent might find consequentialist justifications for harm appealing. A touchstone of the literature on the ethics of torture is the so-called ticking time bomb case. A bomb will soon detonate in downtown Manhattan, potentially killing millions. The only person who knows where the bomb is and how to disarm it is a lone terror suspect who has been captured. They might talk, but only if they are tortured. Torture is a grievously harmful act, and seems impermissible for that reason. Many have thought, however, that the importance of saving millions of lives might justify torturing a single individual in the ticking time bomb case, even if they do not think that this example justifies a policy that permits torture as a general matter.

We may, however, be uncomfortable with the idea of drawing a balance. Fiedler is not obviously a moral exemplar, even if he exhibits the virtue of at least having considered the moral justification for his actions. The interests people have in not being harmed are morally consequential. It’s not clear these kind of interests aggregate in the way they would need to justify the kind of moral bookkeeping Fiedler proposes. Individuals have rights, and it may seem that taking those rights seriously constrains our ability to permissibly pursue possibly worthwhile public policies such as promote ideological goals, advancing national interest, or promoting welfare and security.

Consent is a moral power that individuals posses that can turn otherwise impermissible harmful acts into permissible ones. Normally, it is impermissible to cut someone open and to remove one of their organs. The person’s consent, however, can transform this act into an ordinary surgery. The relation between harm and consent is expressed in the legal principle of volenti non fit injuria, which roughly means “that to which one consents is not harmful.” Consent seems to be a promising place to look for an approach to justifying harm.

Sometimes, what matters is not whether someone actually consents, but whether they would consent if they were able to deliberate about it, taking certain reasons into account but not others. For example, a doctor may sometimes perform an emergency appendectomy on an unconscious patient. Even if the patient is not in a position to consent, it is likely that they would if they were in a position to consider the issue. In this case, their hypothetical consent seems to justify the surgery.

One kind of consideration we may not want the targets of intelligence activities to take into account when deciding whether to consent to an intelligence practice is their own narrow self-interest. Often, criminals acknowledge the need for the institution of punishing crimes even if they would not consent to be punished themselves. Likewise, it may be the case that intelligence targets would consent to certain practices by intelligence agencies to secure the fundamental security interests of those they serve, even if they would not agree to be targets of intelligence activities. Their self-serving lack of consent seems to matter less than the fact that they would agree to the practice if they did not know who the beneficiaries of the practice would be and who would ultimately bear its burdens.

Michael Skerker has argued that the collection of meta-data on phone calls may be justified by appealing to hypothetical consent: those whose meta-data is collected may not consent to have their information collected, and seeking permission would frustrate the legitimate aims of surveillance to prevent crime or terrorist activities. But individuals might nevertheless agree to the least intrusive set of surveillance techniques consistent with protecting their fundamental security interests, if they did not know whose meta-data is actually collected. This view could be expanded to HUMINT as well: activities such as recruiting agents of a foreign government might be justified if those targeted would agree to the practice of recruiting operatives in order to promote the security interests of those an intelligence agency serves.

Hypothetical consent, however, is not actual consent: in many cases, it lacks the moral magic that seems to transform an otherwise impermissible act into a permissible one. In the case of implied consent, it seems that it might justify too much. Torture was certainly part of the “rules of the game” of court intrigue and espionage in sixteenth century England, when Francis Walsingham served as Henry VIII’s spymaster. But it seems implausible to say that, by engaging in court intrigue in the sixteenth century, torture is justify because one has implicitly consented to be stretched on the rack or burned at the stake.

Consent theories also seem to build in a degree of moral equality between different sides in an intelligence conflict. Intelligence officials in North Korea spy on members of their own country, attempt to root out internal dissidents, and steal commercial secrets from other countries. Even if intelligence agents working on behalf of liberal democracies play the same “game” as their North Korean counterparts, it may seem to matter not only whether or not the practice in question would be (or is, implicitly) consented to, but also who is doing the harms and for what purpose. Intelligence targets who are working to defend individuals’ human rights should perhaps be liable to fewer harms than those working on behalf of rogue states that work to undermine human rights.

One explanation for the presumption against doing harm is that harmful activities violate individuals’ rights. Torture is impermissible, at least in part, because individuals have the right not to be tortured. The right to privacy likewise sets limits on the degree to which one may permissibly be monitored.

Many rights can be waived. As we have seen in the previous section, one way to waive one’s rights is through consent. Another is through forfeiting one’s right through one’s actions. For example, an unprovoked aggressor, by attacking an innocent person, forfeits their right not to be harmed through the defensive actions of their victim. The forfeiture of the right not to be harmed in self-defense is what overcomes the presumption against doing harm in this case.

The targets of intelligence activities may be understood as having forfeited their right not to be subjected to certain harms. It may be, for example, that by plotting an aggressive military campaign, heads of state or a country’s military leadership have forfeited their right not to have their communications intercepted or not to have members of their staff recruited by a foreign intelligence agency.

Rights forfeiture can be asymmetric. In orthodox just war theory, combatants on both sides of a conflict are held to be morally equal with respect to fighting members of the opposing army. According to this approach, one forfeits one’s right not to be subject to harm by other soldiers simply by participating in an armed conflict. Revisionist just war theory, by contrast, rejects this assumption of moral equality among combatants. According to revisionists, only soldiers with a just cause—which normally means only those fighting a defensive war—may permissibly fight enemy soldiers. It is only those fighting on the unjust side of a conflict, in virtue of the injustice of their cause, who have forfeited their right not to be harmed by the opposing force.

The possibility of asymmetric rights forfeiture is one potentially attractive feature of this kind of justificatory approach for intelligence ethics. As noted in the previous section, it may seem that intelligence agents or members of foreign governments who violate human rights or engage in aggressive conflict forfeit a much wider range of rights against being harmed than do targets who act to uphold human rights. Perhaps the objectionable aims of some governments undermines the moral equality of intelligence targets in the same way that, according to revisionists, the injustice of one’s cause undermines the moral equality of combatants.

A challenge for this latter approach is that it makes the ethics of espionage depend on a broader theory of the legitimacy of international relations. In Fiedler’s case, he believes that his is the right side in the Cold War, while those aligned with the West would vigorously disagree. Often, participants in intelligence and intelligence-adjacent activities are not in a position to assess the legitimacy of their government’s cause—and, in any case, it is predictable that substantial rationalization will lead one to view one’s own cause in a favorable light.

A problem for any theory of rights forfeiture involves spelling out the conditions under which one’s rights are actually forfeited. In some cases, this looks straightforward: unprovoked aggressions seems like a clear enough case of rights forfeiture. But it is a thorny issue whether, for example, heads of state engaged in secret communications or a member of the civil service who works in a mail room at a sensitive government agency have forfeited their rights not to be intelligence targets in virtue of their proximity or possession of secrets other intelligence agencies have a powerful interest in acquiring.