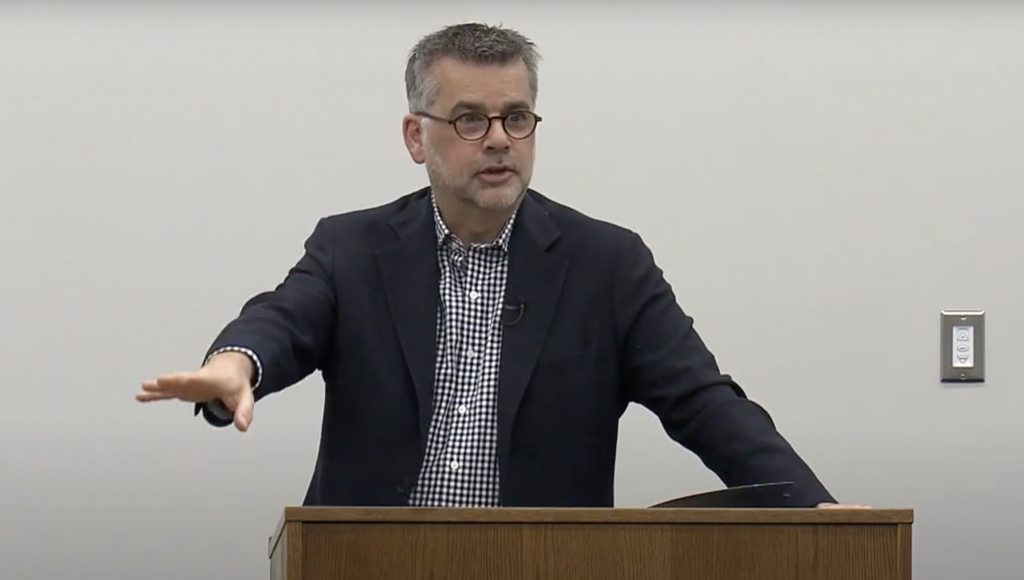 The Stockdale Center and the Forum on Integrated Naval History and Seapower Studies (FINHSS) present a First Bell Lecture in Naval Leadership and History, “To Rule the Waves: Seapower, Economics, and Geopolitical Leadership in the Modern Age.” The speaker, Dr. Bruce Jones, director of the Project on International Order and Strategy at the Brookings Institution. […]

Dr. Nancy Sherman, philosopher at Georgetown University and former Distinguished Chair of Ethics at the Stockdale Center presented a lecture entitled “Five Myths about Stoicism.” Dr. Sherman is an accomplished expert on Ancient Philosophy, and author of the recently published book “Stoic Wisdom: Ancient Lessons for Modern Resilience”Midshipman engaged in a virtual Q & A […] 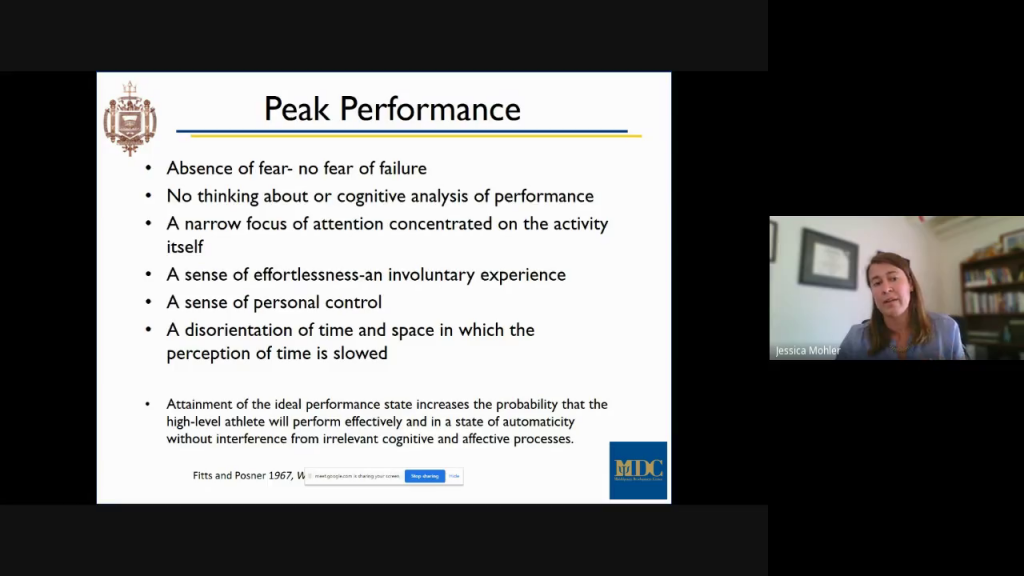 This presentation is part of the ‘Brain Science and Effective Leadership Series,’ hosted by the Stockdale Center for Ethical Leadership.Dr. Jess Mohler from the USNA Midshipmen Development Center discusses “Athletic and Military Performance – A Neurocognitive Perspective on Success.” Dr. Jessica M. Mohler, CC-AASP, is a clinical and sport psychologist. For the past seven years […] 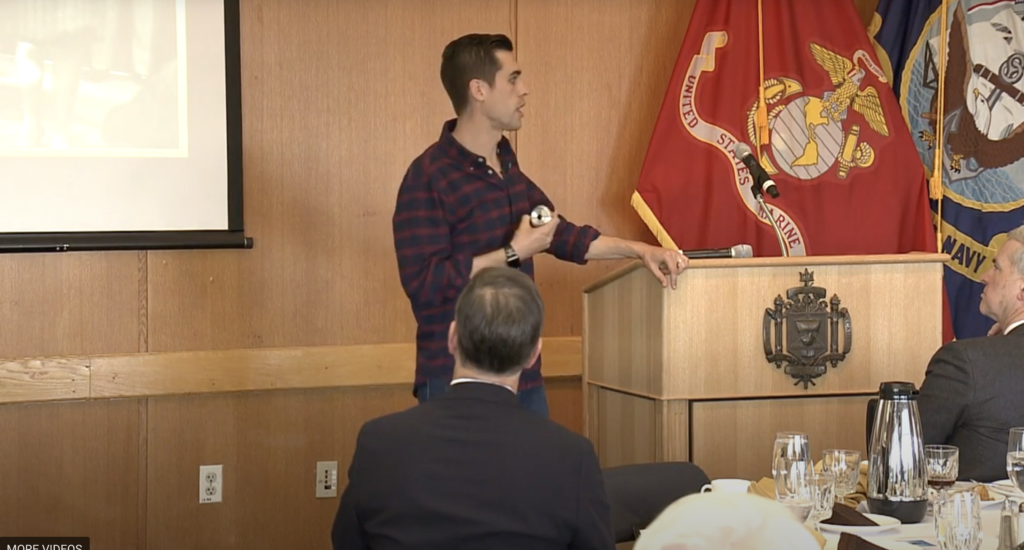 https://youtu.be/41-gTa1qowg February 27th, author Ryan Holiday was the guest speaker at the 2020 Honor Courage and Commitment Luncheon, sponsored by the Stockdale Center, through the generous funding of Dr. Ernst and Sarah Volgenau. The Luncheon invites prominent national thought leaders and influencers to reflect on ethical leadership principles they have found powerful in their own […] 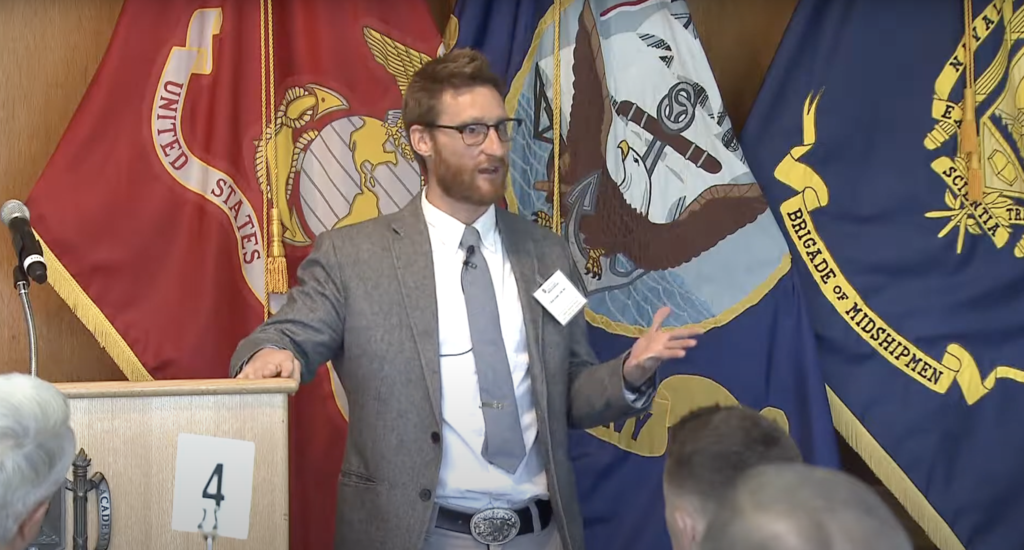 https://youtu.be/-ryM_ehdxa4 Mr. Brad Snyder, wounded warrior and medalist athlete, was the guest speaker for the 2019 Honor Courage and Commitment Luncheon, an event that invites faculty, staff and midshipmen for an afternoon of inspiration and fellowship. Leaders, innovators and people who make a difference through service are invited to share their stories with the group. […]

Winter 2019 – Jake Harriman – Marine and founder of NGO Nuru International, speaks about “Others First, You Last” 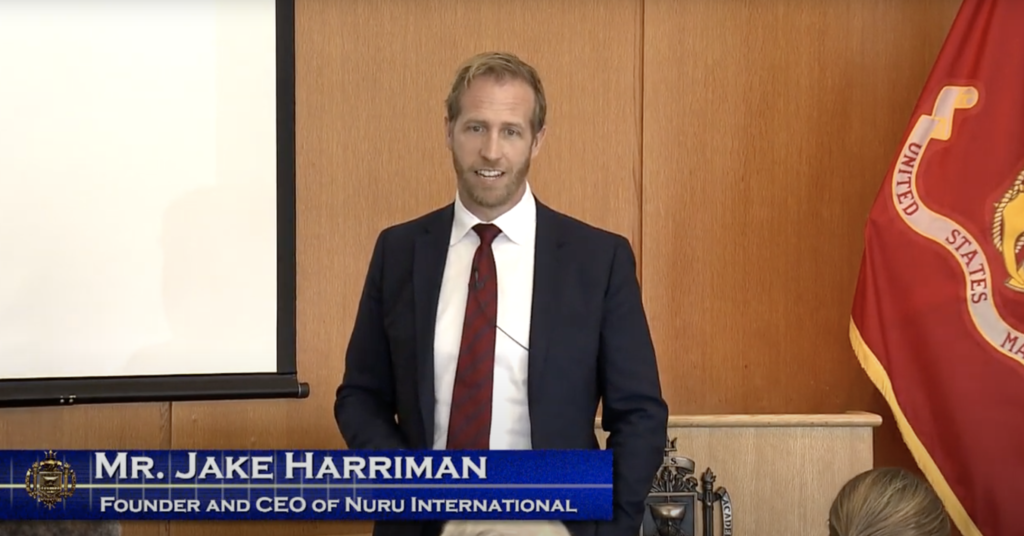 “Others First, You Last: Unlocking the Potential in Teams to Accomplish the Impossible” In a series of compelling illustrations drawn from his own life, Mr. Harriman, former Marine, and founder of the NGO Nuru International, shares four principles of servant leadership he thinks are vital to success. From his days in combat during the Iraq […] 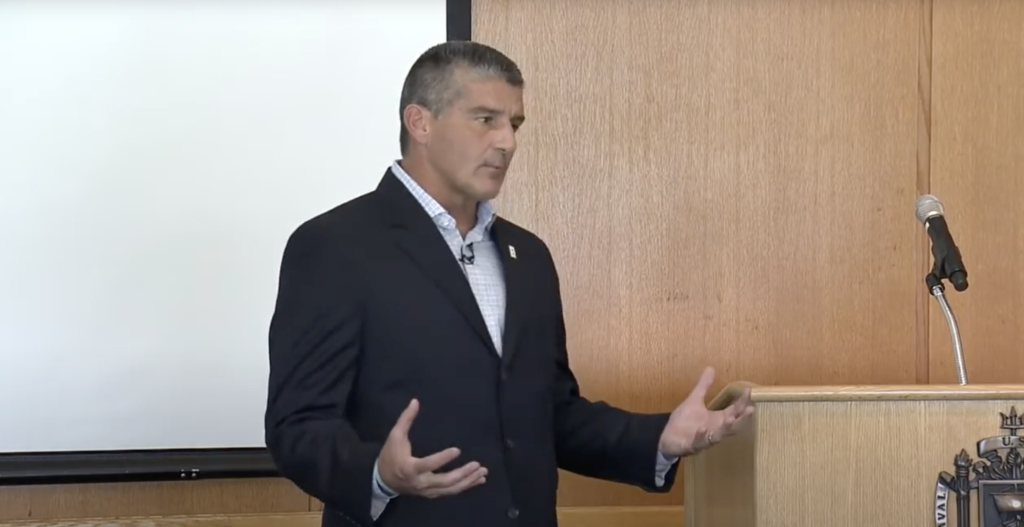 Mr. Kraus, founder of Mission BBQ, shared his life experiences, and his passion for service in the military. He discussed his days growing up in Wisconsin, during tight times, his work with Under Armour and turning down an offer to work for the Green Bay Packers. His ultimate destination, Mission BBQ allowed him to do […] 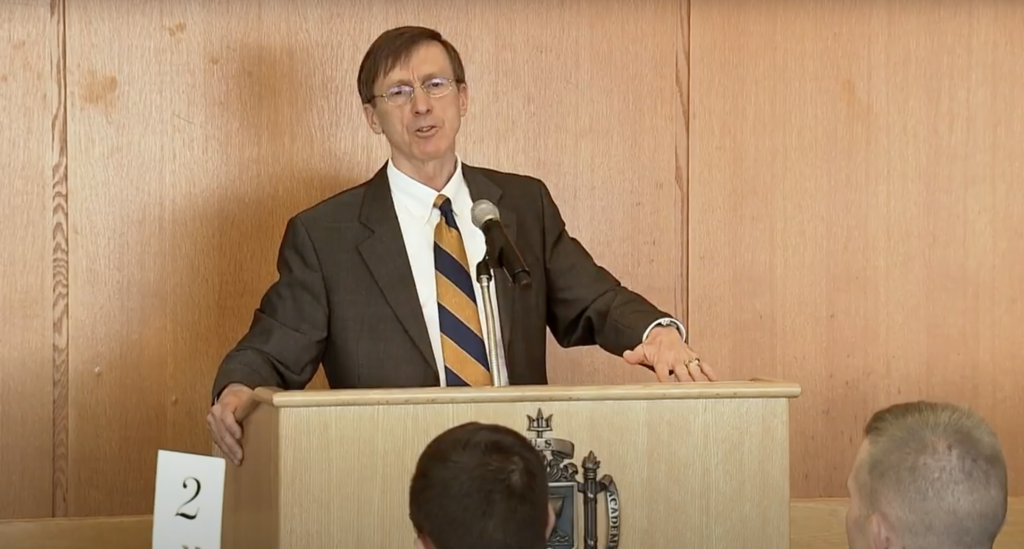 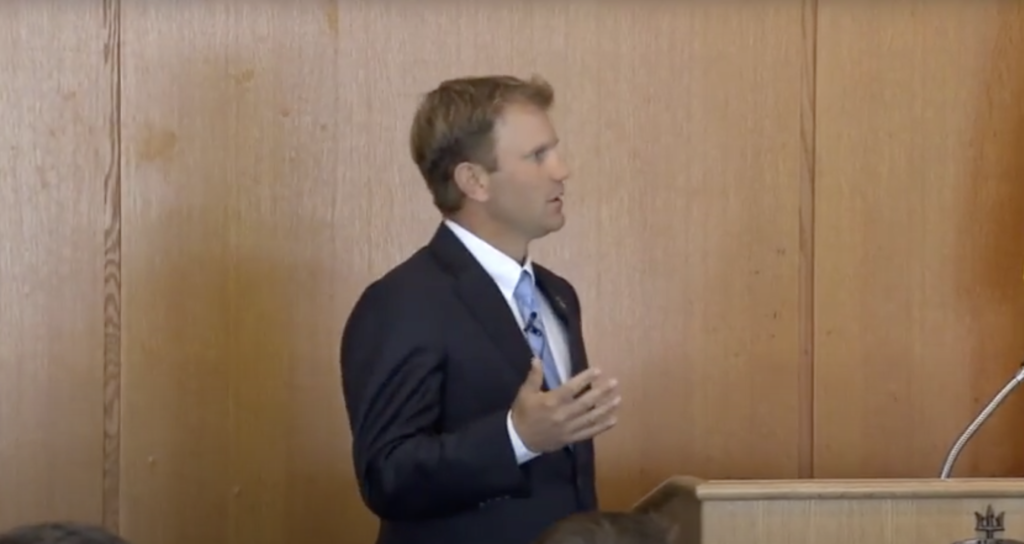 Pro Golfer and USNA graduate Billy Hurley tells a story from his days as a Naval officer. As Officer of the Watch during a transit of the Suez Canal on May 2, 2009, realizing the awesome responsibility he had for the safety of his ship and crew he failed to ask for help when he […]

Winter 2017 – Mr. Ken Blanchard – author of The One Minute Manager, and The Servant Leader, discusses the concept of servant leadership “Service Leadership in Action”. 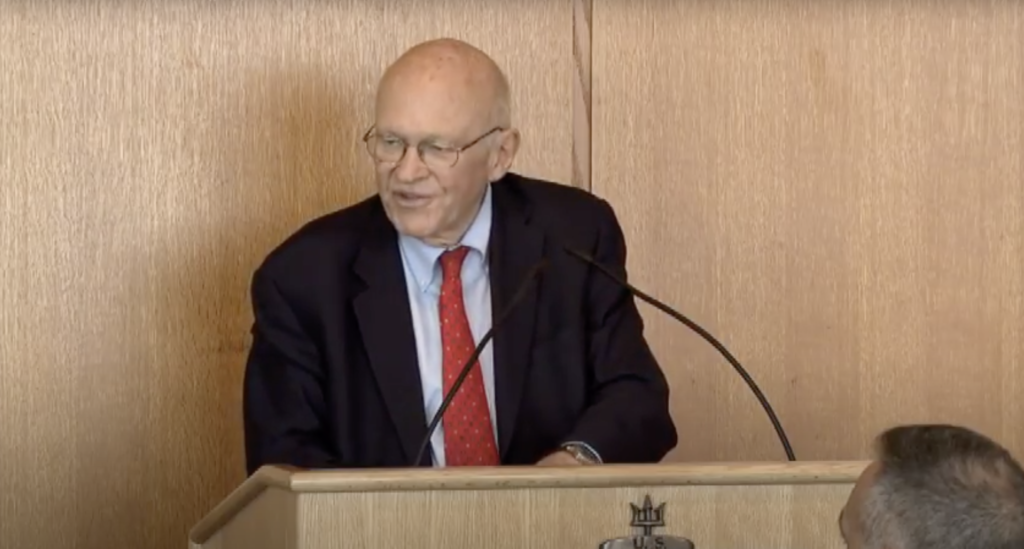 “Service Leadership in Action” Mr. Blanchard, author of The One Minute Manager, and The Servant Leader, discusses the concept of servant leadership by first telling the story of his father, a Naval Academy graduate who served in the Pacific during WWII, piloting LCI, after having left a lucrative career in Wall Street. During his Naval […]